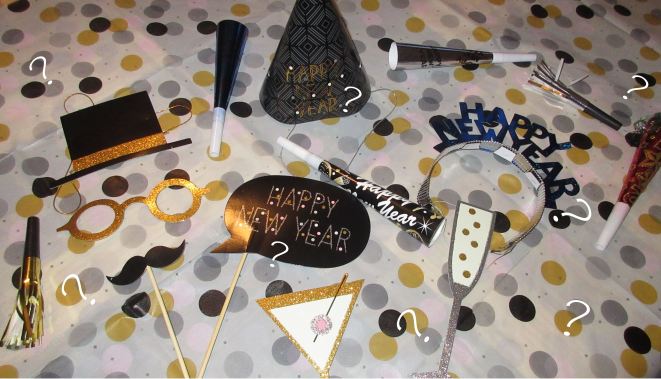 I’m the type of person who usually looks forward to making New Year’s resolutions. I’m very goal-oriented. I like a challenge. But as the year 2020 approaches in America, resolution-making seems like a frivolous thing to focus on. I’ve never before dreaded the turn of the calendar year in the way I do now.

Typically, I embrace concepts like “a fresh new start,” “wiping the slate clean,” and “turning over a new leaf.” After analyzing my life during the previous twelve months, I’m usually inclined to come up with constructive resolutions to correct my course of action and pursue a better way of living. Even if I’ve had a “good” year, I believe there is always room for self-improvement. Through looking back on 2019, I am aware that my attitude needs to change. But changing the way I feel about Donald Trump and the people who enable his narcissistic behavior is simply too challenging.

I doubt that Donald Trump has ever considered the concept of self-improvement.  The president and all his supporters have sucked out all the joyful energy I once found in motivational metaphors. For people like Donald Trump, there is no new leaf to be turned over because he believes that his current leaf is “perfect.” Instead of making self-improvements to advance their position in society, narcissists like Donald Trump steal the positive energy from everyone around to sustain their grand existence. I think Donald Trump’s ego is bigger than the United States. I’ve watched the country gradually deflate since he was elected in 2016 and sucked the air out of what it means to be America.

Unfortunately, against my better judgment, I watched Donald Trump’s  impeachment hearings. After seeing the ridiculous antics of Trump’s supportive Republicans, who appeared to do their scheming each day as they rode up to Capitol Hill together in a clown car, I thought that there couldn’t be anything that would make me feel less proud to be an American than President Donald Trump, Senator Lindsey Graham, Representative Devin Nunes, Representative Jim Jordan, Representative Elise Stefanik, and House Minority Leader Kevin McCarthy. But then Senate Majority Leader Mitch McConnell opened his mouth after Donald Trump was impeached and reminded me what a source of American embarrassment he is. My apparently gullible sense of civic duty is keeping me from grasping why Senator McConnell thinks it is all right to state that he intends to walk in lock step with the impeached president’s legal team and prevent the occurrence of a judicious trial. I simply don’t know how to change my attitude of contempt for the way Republican clowns are leading my country.

I’d like to resolve to donate some of my IQ points to Donald Trump to elevate his comprehension of how his words and actions cause a ripple effect through the country and the world. But I don’t think there has ever been a successful IQ transplant.  It would be nice to commit to exercise more of my Constitutional right to freedom of speech and help prevent people in my district from re-electing political clowns. But Donald Trump has made it very dangerous to speak freely around his supporters. I literally fear for my safety because I live in Trump country among neighbors who celebrated with fireworks after attending his divisive and offensive campaign rally in Minneapolis.  I’d like to resolve to organize a coalition of decent Americans to storm the White House and overthrow Donald Trump, then swing by Capitol Hill and remove Mitch McConnell from power. But I think that’s what the voting process is supposed to be for. Our voting system is broken as a result of gerrymandering, Russian bots, and politicians who refuse to fix the system. So it seems that the impeached version of Donald Trump has as much of a chance of getting elected in 2020 as the  private-part grabbing, porn star paying, shooting people on Fifth Avenue version of Donald Trump had of getting elected in 2016. It would be nice to resolve to lose the weight of the world that Donald Trump’s behavior has caused me to carry since he was elected in 2016. But the damage that he is doing to the well-being and national security of my country might be irreparable. All of the resolutions in the United States can’t possibly change the behavior of Donald Trump and his Trumpeteers.

I usually make resolutions in the areas of my life that I care about the most. I care most about the well-being of humanity. Donald Trump has used his presidential power to threaten—and even destroy—many elements of humanity: women, children in school, military families, seriously ill people, Muslims, black people, Mexicans, Kurds . . . There is nothing my resolutions can do to keep the dangerous, impeached Donald Trump from serving a second term and spending four more years hurting my country and hurting humanity around the world.

After writing that last paragraph, I’ve decided it actually is appropriate in 2020 for Americans to embrace a negative resolution instead of a constructive one. Okay, here’s my New Year’s resolution: I resolve to continue questioning the motivation of  people who support Donald Trump’s behavior. Every time I see Lindsey Graham, I resolve to wonder just where it was that he lost his soul. I resolve to feel sorry for Devin Nunes, Jim Jordan, Elise Stefanik, and Kevin McCarthy every time I see them because they remind me so much of the losers in my high school who so desperately wanted to be part of any clique that they settled for being part of the bully club. I resolve to continue gagging every time I see or hear Donald Trump and will just hope that there is some form of affordable health insurance that covers the damage caused by Donald Trump Dyspepsia. I resolve to laugh deeply at the completely stupid things Donald Trump says. Every time I read or hear a statement from Mitch McConnell, I resolve to think about who is more evil and responsible for humanity’s destruction: Donald Trump or Mitch McConnell.

The new political year in America will begin with addressing the impeachment trial of the president of the United States. Through fully embracing my bad attitude toward Donald Trump and his Trumpeteers in 2020, I simply hope to keep my head from exploding in reaction to Republican antics. That might just be the biggest challenge I have ever created for myself.

© 2019 by Julie Ryan. All rights reserved
No part of this document may be reproduced or transmitted in any form or by any means, electronic, mechanical, photocopying, recording, or otherwise, without prior written permission of Julie Ryan