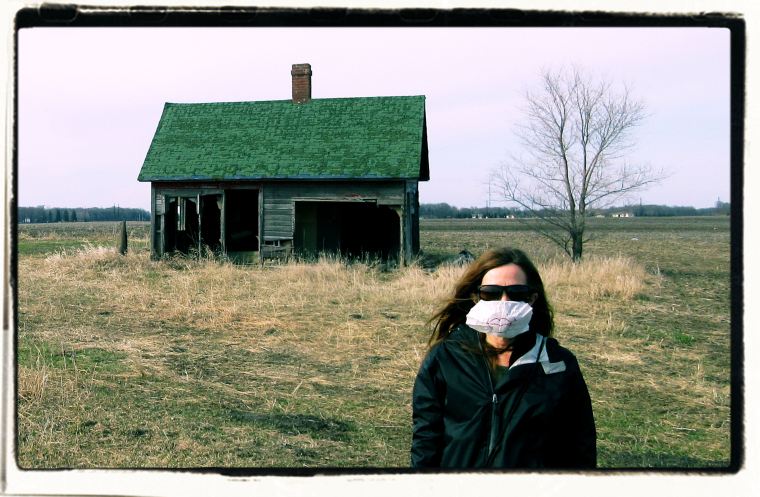 Well, 2020 is half done. It doesn’t even halfway resemble the year I thought it would be back in January when I resolved to get my When Life Was Still trilogy published.

This year has presented its challenges for me. To say that living through a pandemic in a country where questionable leadership inspires my fellow Americans to rebel against common sense is scary, would be the biggest understatement. Exposure to COVID-19 could be a death sentence for my compromised immune system. For the first few months of 2020, I regretted that I’m part of America’s vulnerable population. I didn’t enjoy having to be vigilant about arming myself with self-constructed masks that I MacGyvered together with supplies I found around my house and a preparedness to run the other direction if I encountered Trump’s confederates in the Civil Mask War he started. I am a free spirit that needs a frequent change of scenery. My sense of isolation during my self-imposed lockdown is further aggravated by knowing that going outside for fresh air could end up killing me. Trump’s allies in the Mask War simply don’t care if I die from the diseases they might spew at me. Encountering these reckless people when I go for a walk is no different than having someone drive their car on the sidewalk and try to run over me. I’m literally afraid to leave my house because of people that I once thought were decent neighbors.

Despite the claim by Trump’s Press Secretary that he is the “most informed person on planet Earth,” many non-mask wearers are Trump supporters who apparently pledge their allegiance to ignoring science. With all the defiant behavior, America is still the world leader—in COVID-19 cases and deaths. I want nothing to do with the supreme leader of my country. While there are relatively few Trump supporters who actually wear masks and some liberals who refuse to wear them, for the most part, the non-mask wearers are the followers of their government leader who has been putting out dangerous messaging. And I am the rebel. I am rebelling against Trump’s government by letting common sense and intelligent research guide my actions. While I historically associated a rebellious nature with carving an unconventional, individual path to follow, I’ve realized that being a rebel doesn’t necessarily mean being in the minority.

The majority of reasonable Americans are rebelling against Trump’s command and are wearing masks. Even though Trump’s supporters have always been in the minority, it just takes the equivalent of his base in all public settings to keep COVID-19 circulating through America for a long time. Even in the midst of a global pandemic, millions of people in America and around the world rose up in rebellion against police brutality of black people. Many are rising up in opposition to statues and flags that celebrate the oppression of black, brown, and indigenous people. During this pandemic people have had increased time on their hands to devote to attending to problems that affect humanity. People around the world have risen up in rebellion against letting people go hungry. I like to believe that decent people who are concerned with lifting up humanity are the majority. Even in politics, traditional Republicans are rising up against the new Trump-enabling Republican Party and are pledging to vote for Democrat Joe Biden in November of this year.

Joe Biden wasn’t overstating the gravity of America’s situation a year ago when he said we are in a “battle for the soul of our nation.” When he said that, I’m sure he had no idea to what extent we would also be battling for American lives in 2020. Our own Commander in Chief has commanded Americans to not wear a mask during this pandemic because it demonstrates a lack of loyalty to him and his preference to not wear a mask. It doesn’t matter to those who blindly follow Trump’s example that his motivation to not wear a mask is most likely grounded in some form of his vanity. Perhaps he’s concerned about smudging his orange make-up. His Aqua Net-coated hair might get messed up by a mask. Maybe his ears are too little to hold his mask on his face. And for those reasons, people might be loyally marching in lockstep to their premature graves.

I find it sadly ironic that the president who has hidden behind an outrageous number of lies refuses to literally cover up when it could save lives. Thankfully, there are some rebellious governors, and county and city leaders who are defying America’s top executive. They’ve been implementing mask-wearing ordinances and are shutting down business even though Trump is demanding that the economy remain open to make him look good to voters in the fall—who, at this rate, will likely be dead by then.

I have recently realized that I no longer need to feel like the vulnerable oddball in America who needs to vigilantly protect myself. All Americans are vulnerable under a Donald Trump’s leadership. Instead of responsibly reacting to allegations that Russia is paying a bounty for American troops in Afghanistan, Trump is calling it “fake news.” If he actually wasn’t previously briefed on the matter, Trump is simply unable to understand that today he should be, at the very least, investigating the threat to the military men and women who sacrifice their lives to make America great. Trump is simply incapable of using human decency to guide the United States through threats from national adversaries—or a pandemic. All Americans are vulnerable under Trump’s leadership as our lives and economies succumb to COVID-19. It’s plausible that American soldiers have been gunned down by Russian-paid militants and that we could get nuked by North Korea or Iran tomorrow because of something self-serving and reckless Trump says today. Even though Republican leaders have failed to intervene and stop the Trump train that jumped the tracks long ago, the world is making note and is refusing to also be run over by Trump’s recklessness. His handling/mishandling of the pandemic and insisting that people gather in large crowds at his campaign rallies, avoid wearing masks, and stop testing for COVID-19 so that numbers reflect well on him and get him re-elected has resulted in Americans not being allowed to travel to the European Union. Trump’s actions have resulted in reducing us to the status of those nations he once called “shithole” countries whose residents he wouldn’t let into America. I sincerely extend my gratitude to the EU for this demonstration of poetic justice.

Even though I have digressed, this essay actually is about my trilogy, which is about social and poetic justice. In my historical fiction, my three protagonists, Ellen, Greta, and Amy, have rebellious spirits that guide them over their own American hurdles to achieving their dreams. Like my characters, I have also become a rebel against my government as I navigate my American dream. I am fighting for the right to not die prematurely. I am fighting by mostly staying at home and expressing my views on social media, by staying alone, by wearing a mask when I do go out in public. I haven’t been with my family and friends since mid-March. I haven’t been on the book tour I had planned for 2020. I can’t promote my books in person because it might kill me in Trump’s unmasked America.

But something much better than what I originally had planned has been happening in 2020. The sequel to my politically-infused historical fiction trilogy is writing itself. I’ve barely had to engage my imagination because I have just been taking notes on Trump’s behavior in 2020, which is far stranger than any fiction I could write. I haven’t been able to implement my original marketing plan for 2020, but my compensation for spending five years writing the trilogy has exceed my wildest dreams. I was so focused on writing books that would help other people and make the world a better place that I didn’t really stop to think about all the ways I might benefit from publication. Because many are feeling vulnerable during this pandemic and this Trump reign, thoughtful people have been connecting with my books that have my characters enduring and rising above their positions of vulnerability. The messages of appreciation and encouragement to continue writing that I’ve received were completely unexpected and are extremely heart-warming. While some people are too distracted to read during these upside down times, there are many who have enjoyed escaping from reality to the worlds I’ve created in my trilogies. They’re not happy worlds that I’ve constructed, but they are a backdrop for the hope and resilience my protagonists possess. People I barely know have contacted me and expressed gratitude for the timely words I’ve put on my pages. And strangers have offered to promote my writing because they appreciate my message of human decency.

It’s July 2020. I don’t even know where in my office I left my marketing plan for my book launch because it’s been so long since I’ve looked at it.  I live in a shithole country with a leader who seems to be trying to kill me. But because of the way I have been moved by readers of my books who have contacted me, I am in the best place I have ever been.

© 2020 by Julie Ryan. All rights reserved.
No part of this document may be reproduced or transmitted in any form or by any means, electronic, mechanical, photocopying, recording, or otherwise, without prior written permission of Julie Ryan