“Always do sober what you said you would do drunk. That will teach you to keep your mouth shut.”

This is day ten of my self-imposed isolation during the pandemic and self-imposed drinking of literary cocktails. Hemingway is one of my favorite writers. His theory of omission has had a profound impact on my poetry and fiction. I strive to be as minimalistic as he was and allow the themes of my writing to lurk beneath the surface of the omitted details. My writing appears simplistic and approachable at first glance, but I’ve been told that the complexities beneath the exterior of my writing linger in the minds of many of my readers. I can’t think of any greater compliment than to have people carry my ideas with them. That makes writing an essential activity for me.

I had been telling people that once my trilogy, When Life Was Still, was published, I was going to immediately write spin-offs and finish writing the first draft of my sequel to the series. I don’t know if I had been drinking or if I was sober when I first announced that. I’ve enjoyed writing about literary-themed cocktails during my self-imposed isolation. But I’ve also been putting off working on my other writing goals. Tomorrow night I will go into mandatory stay-at-home mode as a result of my governor’s new executive order. I am doing it willingly to help slow the spread of COVID-19 and protect my pathetic immune system from exposure. Even though the order is for two weeks, realistically, it could be extended. While it’s been a lot of fun, I don’t want to be writing about literary cocktails indefinitely while I’m staying at home. So, in the spirit of minimalism and omission, I will wrap up my literary cocktail journey sooner rather than later.

I was tempted to create a literary cocktail that was inspired by Lord of the Flies, because of the fight that is going on among America’s governors for supplies to combat coronavirus. Even though I live in Minnesota where 3M, Medtronic and the Mayo Clinic are, Governor Tim Walz is struggling to obtain the testing supplies, protective gear, and life-sustaining equipment that are produced in his own state. The federal government has forced all governors into an epic battle where they are desperately competing with each other and with the botched federal distribution chain to save the lives of their citizens.

As a tribute to Hemingway, to the war that America’s governors are engaged in with coronavirus, and to the conclusion of blogging about literary cocktails, I have created a drink called A Farewell to Cocktails. I adjusted the ingredients that are in a recipe for a mojito-like drink created by Hemingway’s skipper, Gregorio.

These are the ingredients: 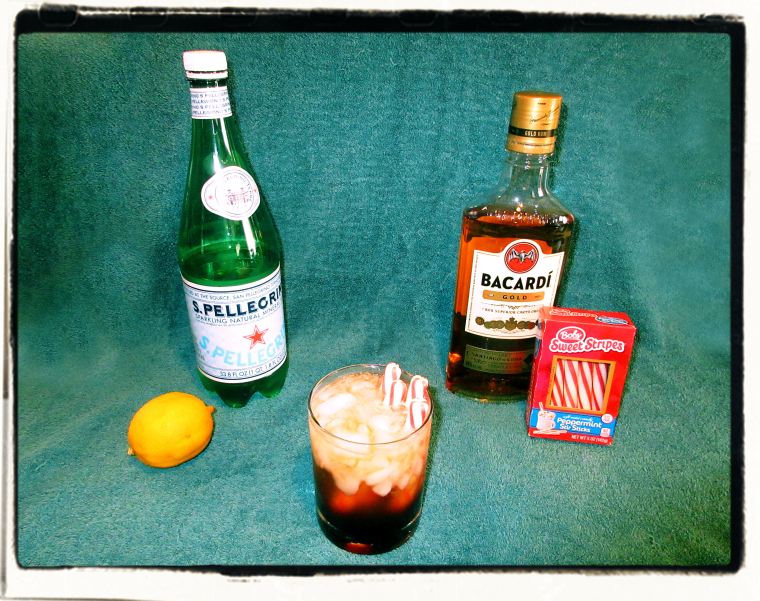 My review of A Farewell to Cocktails:

Three out of five stars. Like Hemingway, I love rum, but this drink is kind of gross. It’s best consumed with a stir stick or a straw because the ingredients quickly separate and taste better when they’re blended. But the peppermint sticks dipped in the mixture are yummy. I plan to enjoy them while I write my spin-offs and sequel to When Life Was Still.

© 2020 by Julie Ryan. All rights reserved
No part of this document may be reproduced or transmitted in any form or by any means, electronic, mechanical, photocopying, recording, or otherwise, without prior written permission of Julie Ryan