Since I didn’t have a job after graduating from college in the summer of 1989, I decided to join my family for a road trip to Chicago. We were supposed to leave at 6:00 a.m. on an August morning. The night before, when I was going to head home from my apartment in the Twin Cities, I had a premonition that the car would break down. I pushed the thought to the back of my mind and finished packing. Eventually, during my drive home, the engine light came on. Shortly after that I heard squealing and smelled smoke. I wasn’t going to stop because I tended to ignore warning signs, but my mom wanted me to pick up maps for the trip. I pulled into a Mobil station and had a mechanic look at the car. I told the mechanic to check the belts because I had a feeling it was a belt—along with the smell of burnt belt all around me. He refused to, probably because I looked like a girl who knew nothing about cars. He insisted it was power steering fluid, added some and sent me on my way.

I drove over to a pay phone at the station to call Dad and tell him about it. While I was talking, the car started smoking, and I shut it off. Dad said he’d meet me at the service station, which was about 45 miles from home. So I sat in the car for an hour, memorizing how to get as far as Wisconsin Dells with the map I bought for Mom. As I waited I questioned why I often experienced such crappy things like car trouble late at night.

When Dad arrived, he lifted the hood of my car and found that the fan belt was burnt and broken. The station was closed by the time he got there, so he decided we would have to leave my car, buy a belt in the morning, change the belt, drive home and leave for Chicago after my car had been taken care of. On the drive home in Dad’s car that night he told me to never again let someone in a position of power talk me out of trusting my gut—whether it was a car mechanic or a religious leader. I smiled and said I wouldn’t.

Since our Chicago trip was delayed, Dad decided to take me to breakfast the next morning. Then he decided to go buy a 1946 Chevy in another town. We ate candy bars on the way to buying his new toy, and we had fun talking about evil religious leaders and cool cars.

While I waited for him to complete his Chevy purchase, I sat in his Oldsmobile and thought about how Dad did and bought whatever he wanted. If he felt like going somewhere, he went there. If he wanted something, he bought it. I thought about how he seemed to easily jump over the hurdles I had seen placed before him during my lifetime, and he always kept his life moving in a positive direction. He approached his life as if it was a race that he was winning. It didn’t matter what he encountered, he simply knew he was going to win. I thought about how trusting his instincts probably allowed him to move through life so successfully. In that moment, I decided I wanted to move through life like him. I stared through the windshield and fantasized about how I, too, could do what I wanted. I realized what I really wanted was to be a writer someday. I had recently read an article in the Star Tribune about writing novels and finding material in the seemingly insignificant things of everyday life. From that point on, I started seeing the symbolism in almost everything that occurred around me.

That morning with Dad—which was impulsively filled with cars and candy bar wrappers at my feet—was symbolic of what drove me to pursue what felt good. I suddenly understood myself a little better and my desire to chase after goals that made life interesting.  I realized that I was in a scene begging to be remembered and written someday. It is a memory that drives me to this day. Because of Dad’s example, I believe I will win my race to publish a novel I’ve been working on. I’m aware there could be hurdles, but I’ve been taught how to sail over them by the best. When my novel gets published I will probably celebrate by buying myself a 1968 Jaguar—and a candy bar, or two. 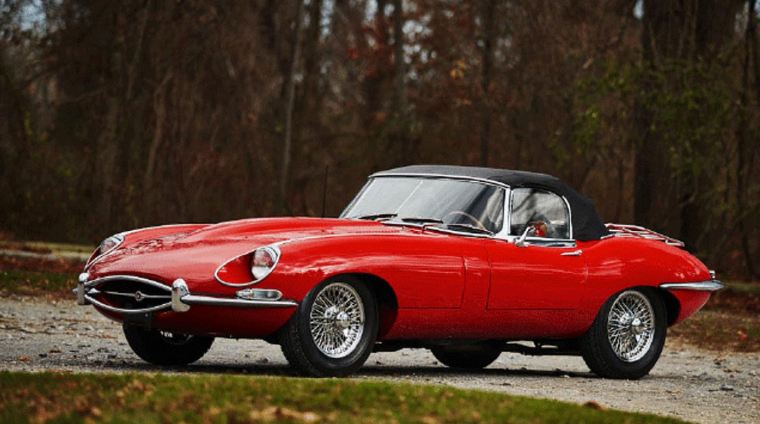 © 2018 by Julie Ryan. All rights reserved
No part of this document may be reproduced or transmitted in any form or by any means, electronic, mechanical, photocopying, recording, or otherwise, without prior written permission of Julie Ryan