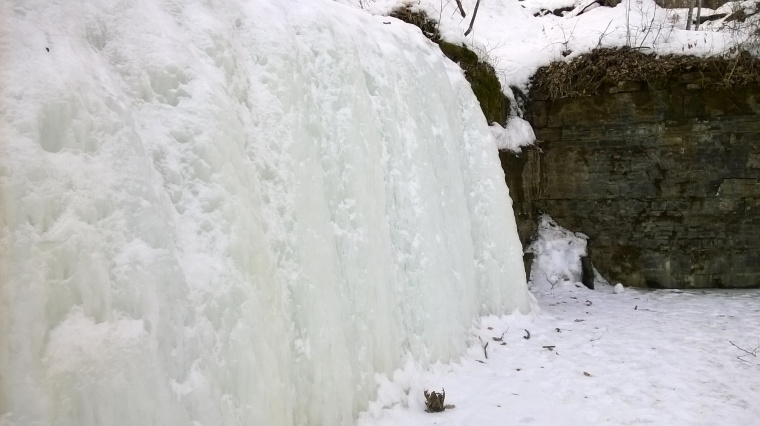 I’ve been frozen for a long time – since November 8, 2016, as a matter of fact. I was stopped in my tracks when I found out that enough people in my country were capable of either overlooking or embracing the statements of a self-professed predator of women, bully of the physically disabled, hater of Muslims, enemy of immigrants, and electing him to the most powerful office. I completely support the existence of differing political views, but I feel helplessly paralyzed when the requirement of moral integrity in people who hold positions of power becomes debatable for any reason.

Despite countless experiences throughout my life where I’ve been on the receiving end of bad behavior, I’ve historically bounced back and continued to give people the benefit of the doubt. I lost my ability to bounce when someone with the character of Donald Trump was elected leader of the free world by my fellow Americans. The energy I once reserved for joyfully moving through life was instead invested into monitoring all political activity in America so that I could make sense of the actions of people around me, and the actions of people entrusted to run my country.

Ever since Robert Mueller’s investigation into Donald Trump and his associates began last year, I’ve found myself obsessively consuming hours of political news each day. I feel that I need to stay politically aware so that I can celebrate the very moment that Donald Trump’s indictment is announced. I desperately need to witness the delivery of a moral to this horror story that we conscientious Americans have been forced to live this past year and a half. Since I’m an idealist, I need this country to receive the message that there is a price to pay for bullying and abusing vulnerable targets; for embracing foreign enemies; and for supporting people who engage in such activities. I really want the take away from the Trump presidency to be that, although there is a high road and low road to every destination, taking the high road is the only path to a good outcome.

I felt something like hope bubbling in my frozen heart when I heard news last week of Mueller’s indictment of 13 Russians who interfered with our 2016 election process. It helps to develop the story line that there is indeed a price to pay for bad behavior. I believe that those indictments are just the tip of a large iceberg that will soon emerge. Coincidentally, the sun began to warm up my arctic part of America after I heard this bit of political news.

It was nice enough in my region to go for a walk in the woods this past weekend. I came upon a waterfall that was frozen. It’s one of my favorite waterfalls. Even though it is small and relatively insignificant, it usually appears to dance when I visit. This static presentation of itself caused me feel like I was looking at my post-2016 American self. The creek beneath the waterfall was frozen, too, so I walked up to my kindred ice spirit. It was frozen on the outside, but I could hear something quietly murmuring inside of the falls. I realized that we spoke the same language. The bubbling language of hope flowing beneath the ice told me that winter – no matter how brutal it may seem at the time – is always temporary. Winter always makes way for spring.

I felt a lilt return to my step as I walked down the frozen creek, anticipating warmer days on the horizon. And then I heard the ice crack beneath my step. I turned and made my way to high ground – where I know I’ll be safe … and hopefully bouncing gleefully about the moral of the American story that will finally be revealed when the flood gates of spring open.

© 2018 by Julie Ryan. All rights reserved
No part of this document may be reproduced or transmitted in any form or by any means, electronic, mechanical, photocopying, recording, or otherwise, without prior written permission of Julie Ryan.