While growing up in America in the 1970’s and ‘80s I got the message from society that success was dependent upon career choice and income. I wanted to be successful and I wanted to have fun doing it. Thanks to the TV show, Bewitched, I decided before I even started Kindergarten that my Game Plan was to become a Creative Director at an ad agency, because I liked drawing and coming up with catchy rhymes.

I entered adulthood actually believing that it was my life purpose to become the Creative Director at a top ad agency in Minneapolis, Chicago, or Manhattan. Not only was I going to be a Creative Director, I was going to be the most creative and the youngest ever to rule the world of advertising. I graduated from a liberal arts college with a four-year degree in Art, with a concentration in Design, and a minor in Business—all before the age of twenty-one. I was off to a good start; upon graduation I hit the ground running … right into a wall of rejection letters from agencies in the Minneapolis area stating that they received my unsolicited resume and that the Twin Cities ad world was saturated with creative types, thanks, in part, to the show thirty-something.

In order to support myself, I took a job at Dayton’s as a Custom Framing Design Consultant. I figured I at least had the term “design” in my title, and I was able to put on puppet shows for the furniture sales employees when there weren’t customers in the store, so it wasn’t all bad. Eventually, I came up with Game Plan B, deciding that since I couldn’t find my way into the ad industry immediately, I would continue my education by going to film school in Chicago. Before that happened, I met a guy through a framing department co-worker, immediately fell in love with him, married, settled in the Twin Cities, and had our daughter. Film school became a distant memory as I realized I was living Game Plan C. Pursuing a career got put on the back burner when it became clear that with the cost of childcare in the Twin Cities it made more sense for me to stay home with our daughter than it did to hand my entire minimum wage paycheck over to a stranger to raise her. My husband and I discussed the possibility of me being a stay-at-home mom, anyway, until all of our children started school, because I was a natural at relating to children. So, putting my daughter before having a career was a new game plan that I could live with. I felt that I could easily dive back into pursuing a career in several short years. When our daughter was nine months old we moved south of the Twin Cities to a rural area, and nine months after that our son was born. There were medical issues that caused the doctor to tell me to think twice before having any more kids. So, Game Plan C, and my life purpose morphed into Game Plan C 2.0 with two kids and a house in the country to care for. I would find that career in advertising and commute to the Cities after my son started first grade.

Game Plan D dropped itself on me when my son was seventeen months old and my daughter was almost three. Out of the blue, I woke up temporarily unable to walk because all of my joints were so stiff. I was eventually diagnosed with rheumatoid arthritis – connective tissue/autoimmune disease. I had a lot of excruciating pain, very little energy, and a prescription for a chemotherapy drug that made me throw up every Tuesday. Making long term game plans suddenly seemed pointless when I was focused on just making it through each day. I felt really guilty about what having a mom with a chronic disease might be doing to my kids, so it became my priority  to use whatever amount of energy I had each day to play with my daughter and son and make life as fun for them as I possibly could. And play, we did! 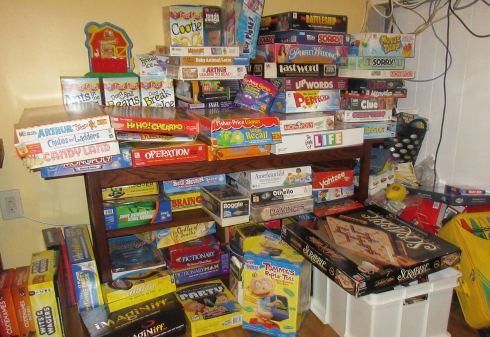 My children’s playroom had a huge closet we called the “game closet.” The door to it was opened multiple times a day as we pulled out games to play with. When the kids started school, I often napped while they were gone so that I would have energy to devote to them when they came home. I liked playing with my kids so much, that picking out something to play with me after school was one of their assigned “jobs” each day for many years. We also had family game night once a week. We took family game night so seriously, that my daughter made a list of the 72 games we owned at the time and indicated on it how she, her brother, her dad, and I each felt about each game by using the descriptions of: love, like, tolerate, dislike, and hate. This way, we wouldn’t risk ruining game night by having someone passive-aggressively agreeing to play a game they actually disliked or hated.

The game closet door in our playroom doesn’t open much anymore. My children are college graduates making their own plans, and haven’t lived in our home for several years. I can’t count the number of times that door was opened to retrieve a game, but I can count the number of games we had in there by the time my children left home: 166. And there were 36 decks of playing cards. I know this because we’re putting new flooring in the playroom and everything had to come out of the lower part of the closet. I noticed that a thick layer of dust had collected on the games sitting on the higher shelves, so I decided to take out every game and dust it off. As I carried each one over to a finished section of the playroom, I thought about every time I could remember playing it with my kids; who loved, liked, tolerated, disliked, or hated it; and all the moments of just being together that game gave to me. As the pile of dusted-off games grew in the corner playroom, I realized just how lucky I was to have had a reason to stay home and make it a priority to make life fun for my children each day. 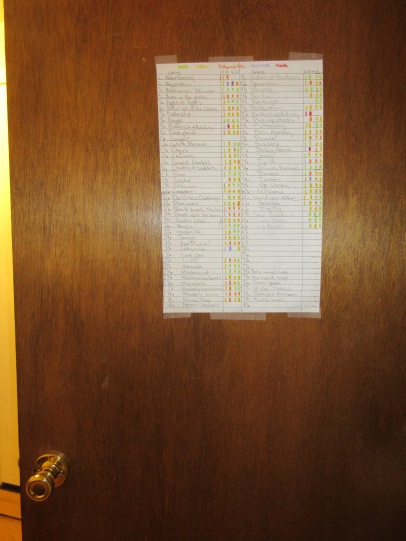 Since my children are on their own, I’d now like to use the energy I have to pursue a career in the advertising world. I tried to resuscitate Game Plan A after they left home. I’ve been told by HR people that I essentially missed the boat; I’m too old for the creative world; and that doing creative artwork, making up jingles, and conceptualizing with my children for twenty years doesn’t count on a resume. As I’ve been sitting in my empty house the past few years, I’ve often been bummed out as I’ve wondered why I didn’t get to pursue what I thought was my life purpose. But when I experienced that game closet full of dusty memories this week, I realized that I was living my purpose. For almost two decades, while I had my daughter and son in my home, I did what was most meaningful to me: playing with my children and making life fun for them.

I never received a paycheck for what I did with my kids. I was never called a professional by anyone. Society never put me on a pedestal. But today I wouldn’t trade the memories I was able to make with my kids for anything. And now, as I look back on what I did with my adult life, I can confidently say that I was a success—because I filled the time I was given in what I consider to be a really good way.

© 2017 by Julie Ryan. All rights reserved
No part of this document may be reproduced or transmitted in any form or by any means