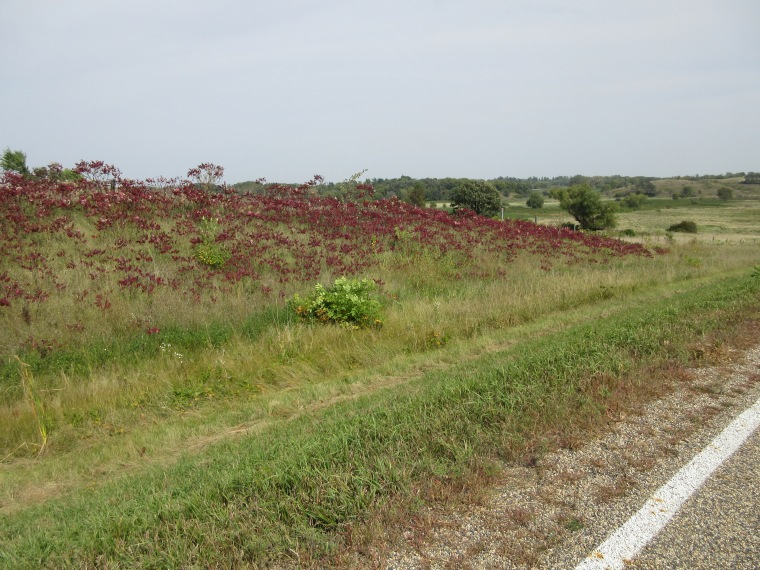 I’m in a happy state—the happiest one, as a matter of fact. This is my favorite time of year in Minnesota, where I live. Every day this week I’ve taken a walk through fummer landscapes (fall color combined with summer temperatures) and I’ve been recalling why I sometimes love this state. I’ve needed reminders about the desirable aspects of Minnesota lately because I’ve been obsessed with the idea of moving elsewhere. I was planning on researching better places to live, so I was quite surprised yesterday when I heard on the news that Minnesota was ranked as 2017’s Happiest State in the Nation by WalletHub.

I often go for walks on the shoulders of my country roads or in Minnesota’s numerous State Parks and the scenery does tell me repeatedly that I am so lucky to call it my own. If I could rate my happiness in Minnesota solely on the amazing landscapes I enjoy, or the palette of autumn colors that surround me this time of year, or my access to hiking trails, I would call Minnesota the happiest place for me to be … until winter comes (and winter is coming and in my opinion it is often as awful as the Game of Thrones version) … and when mosquitoes are attacking my entire body, including my eyelids and elbows … and when having to deal with Minnesotans for whom “nice” is code for “passive aggressive.”

I’ve lived in Minnesota my entire life and my husband has, too. But we’ve made a point of exploring the rest of America, so I know that there are vast differences between the states and different standards of living. We chose our rural Minnesota home 24 years ago because of the amazing view from our back yard of farmland and pastures–and the assurance that nobody could build on the 59 acres that surround us due to zoning rules in our county. We enjoyed spending time in our yard with our young children in our serene setting … until we discovered that money talks louder than rules in our Minnesota county and that not everyone in Minnesota has a desire to preserve our state’s natural resources. When a man, whom we were told “has more money than God” was allowed to disrupt part of our view with a house he built for his newly married daughter, we decided not to move because we were living in one of the best school districts in Minnesota at the time. A few years ago, when the rich guy built a shed (that is second in size only to the one that houses the Boeing factory) and succeeded in blocking the entire view that caused us to buy our property, we decided not to move because our children were grown and living on their own, and we decided we could spend our leisure time going to Minnesota’s many State Parks instead of spending time in our yard that was no longer scenic. Now, another monstrous shed is being built between our property and the other shed to house a gas company the rich guy bought for his son-in-law. I’ve tried, but I’m simply unable to see the beauty in tin and tanker trucks the way I see it in rolling pastures changing with the seasons. And I’m reaching for reasons not to move.

Despite the fact that I’ve said that our living situation “can’t possibly get any worse” countless times since the man who is richer than God bought the 59 acres around us fifteen years ago, I finally surrender my naïve hope that Minnesota really is a land of nice people that abides by its rules. I fully expect that my county’s zoning administrator will eventually approve a gas pipeline running through my bedroom in order to better accommodate my wealthy neighbors.

Common sense says we should have moved before our property value plummeted, but memories of the best times of my life spent with my children keep me tethered to the back yard I can no longer enjoy. Fear of choosing to move to a place that ends up being an even worse scenario has me paralyzed. I’ve recently seen homes in neighboring Minnesota counties being ruined by eminent domain granting local government the power to put gigantic power lines through people’s homes. I know that money probably talks louder than rules in most places in this country. I often get upset about how ironic the term “Minnesota Nice” is, but, I know that there are rude, inconsiderate, greedy people in every state of America.

So, I have to take lots of walks to get away from the construction and traffic noise in my back yard so I can quietly sort through my thoughts about the pros and cons of Minnesota living: most of the people I love are in Minnesota; my walks remind me that Minnesota has a lot of nice views beyond my back yard that make me happy … until I’m occupied by swatting the mosquitoes that are still feeding on me in mid-September. 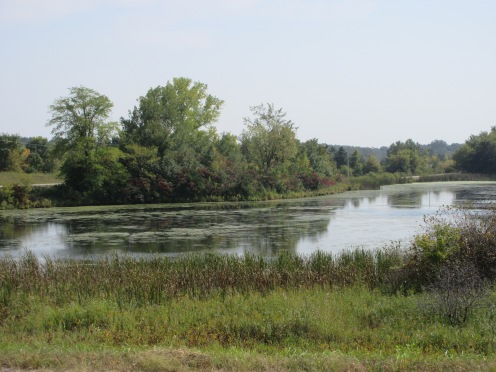 On yesterday’s walk, as I scratched at the welts on my body, I wondered who was surveyed by WalletHub and helped rank Minnesota as the happiest place to live in the United States. I’m guessing mosquitoes responded to the survey—they look pretty happy when I feed them. The man who is richer than God probably took the survey too, and responded favorably, since he seems to be able to do whatever he wants in Minnesota; then again, no matter where he goes, I think his money and the power it gives him, would always find him in the happiest state in this country. 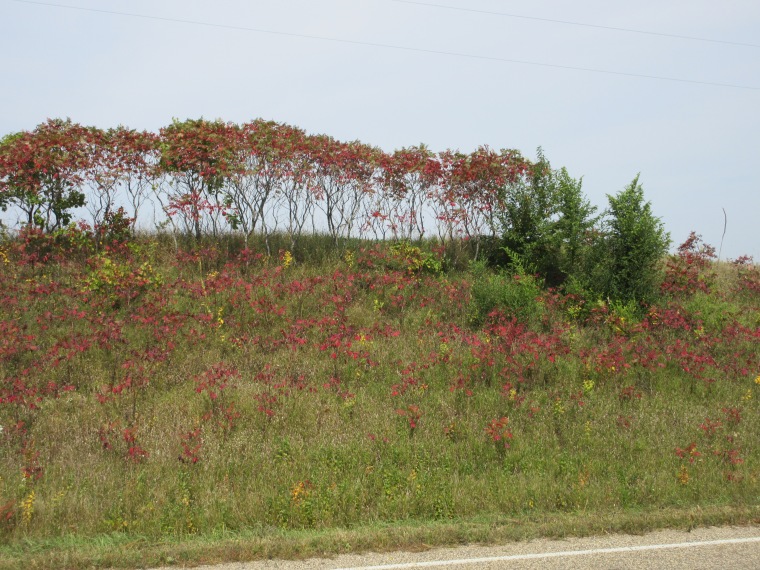