I don’t publicly make fun of mentally deficient people. It’s a good thing I don’t, because I have a really high IQ and my definition of deficient is broader than most people’s—and I see a lot of easy targets I could publicly go after. I know it sounds very narcissistically Trumpian to make that statement about myself. I know we still live in a society that discourages women from acknowledging their high intelligence or mental superiority to others—which is evident because of Hillary’s defeat. But I’m making this statement anyway, because my intelligence often gives me a perspective that the average American doesn’t have.

I don’t judge people because of their intelligence; I do judge people because of their behavior. It is completely acceptable to me to call out the morally corrupt who bring harm to other people. And that is why I have been speaking out about Donald Trump. He’s never struck me as very bright, but I have overlooked that and focused on the numerous people he has hurt with his power and platform. But since his election, his statements and actions have caused me to drop my personal assessment of Donald Trump’s IQ several points. After our president’s disturbing rally speech last night in Arizona (where he has: seemingly alienated every person who could have helped him carry out the political agenda he campaigned on; threatened to shut down the government to get money for his wall; attacked a respected Senator with brain cancer for acting on his convictions; attacked the media and blamed them for our country’s racism; expressed support for a jailed racist; and spoke solely to his dwindling base that has no significant power), he has, in my mind, proven that he can’t possibly be more than a functioning idiot.

If Donald Trump didn’t start out his presidential campaign as an idiot, I believe that his brain has been steadily deteriorating from some kind of disease or maybe from the toxic chemicals that flood the brain when someone who is a sociopath has been provoked. I’ve been wondering all year if he’s got something more than Narcissistic Personality Disorder going on in that alarming head of his. After his revealing words last night, I’m convinced that he does have something seriously wrong going on. It seems pointless for me to even intellectually analyze whether he suffers from low intelligence or a sociopathic disorder, because I’m not qualified to do so. I do trust my instincts, though, that tell me he is clearly unfit to be President of the United States.

So yes, my president is clearly morally corrupt, but he’s also clearly mentally deficient, so should I even be commenting on him anymore? Or should I just be putting my energy into praying that our country be kept safe from our unfit leader?

Somebody, PLEASE, hide the nuclear codes! 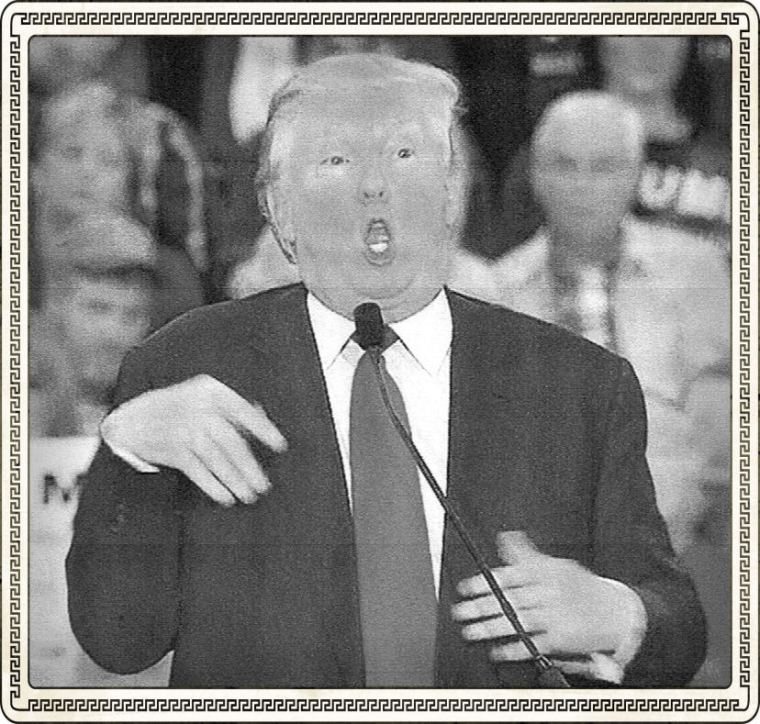