The official outcome of the U.S. presidential race won’t be known until tomorrow, but I’m concerned that the long-term winner will be the grand canyon. I’m not talking about the tourist attraction in the southwest part of the country, but the psychological divide that has taken on a life of its own. It was conceived by the ideological differences between fellow Americans and it’s grown into a strong-willed child that’s making a mess of things.

Now that the monstrous rift is sitting on top of our country, it’s difficult to imagine that the chasm will be closed. But, we’ve been a divided nation before and we have come together in the past; we can do it again. What’s unique this time around is that social media and 24/7 news coverage of the responses to the presidential candidates has provided a frightening window into what a toxic dumping ground that divide has become. The canyon that now separates Americans is filled with lies, greed, name-calling, misogyny, emotional reasoning . . .  Citizens from other countries have also been looking at what we’ve been tossing in there and many are repulsed by what they have seen. We have been a pathetic model of democracy. We have displayed a truly ugly version of a free land this election season. 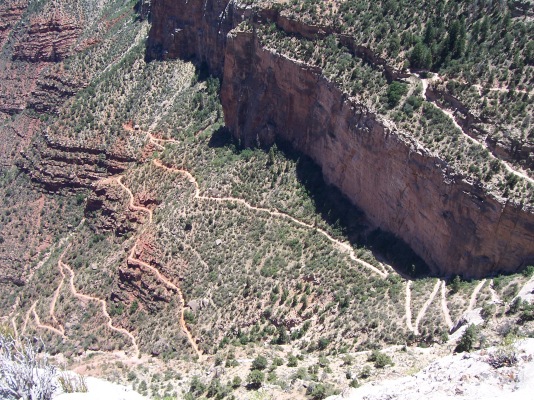 Whoever wins the election needs to immediately help clean up the canyon so that we can safely come together and regain our standing in the world. And the rest of us citizens should also grab a broom, a mop, a shovel, a bulldozer, or whatever it takes to help clean up this mess that has been created. Even if we didn’t actively contribute to the garbage heap, this country belongs to all of us. Those who are truly innocent of contributing to the disaster and have been a target of the viciousness are still capable of forgiving the ugly rhetoric, the malicious tweets, the horrifying Facebook posts, and returning to taking pride in their country.

It’s safe to assume that many who became passionate about this year’s presidential race and have been lobbing ugly comments – from all sides of the political aisle – aren’t very practiced in effectively using their right to free speech. Despite the negative feelings we may have toward others and the political debris they’ve added to the pile, we need to transcend our gut reactions. We need to lift up those people who might want to remain in the ugly divide because it is there where they have finally found their voice and are comfortable in the mire. They need to be given a place on solid ground where everyone has a voice that is heard by our government. It is literally in everyone’s best interest do whatever we American citizens possibly can to heal this divide so that we can be united once again. Then we can return to leading the rest of the world in civility.

I wish for a peaceful nation.

© 2016 by Julie Ryan. All rights reserved
No part of this document may be reproduced or transmitted in any form or by any means, electronic, mechanical, photocopying, recording, or otherwise, without prior written permission of Julie Ryan.